A leading provider of drug screening services recently released its annual drug testing statistics. In 2017, statistics showed that 4.2 percent of employees screened for drug use tested positive, the highest positivity rate in more than a decade.

Rates of Cocaine use among tested employees rose, as did Methamphetamine use. 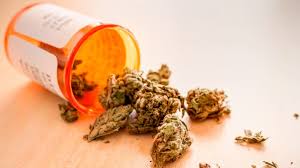 The rate of employees testing positive for Marijuana has continued a five-year increase, most striking in states that have legalized its use. Most disturbing was that these same findings were also found in the Federally mandated, safety-sensitive workforce, to include, rail, bus, and truck drivers; pilots; and workers in nuclear power plants.

While it may be premature to believe that the use of Marijuana is pervasive in our workforce, the trend is telling.

As the legalization of Marijuana continues to spread across the country, it is becoming clear that the challenges illicit drug use pose to employers is not going away any time soon.

Get our most recent posts sent to your email inbox!